Child and Youth Engagement: Empowering Youth to Use Research in Colombia 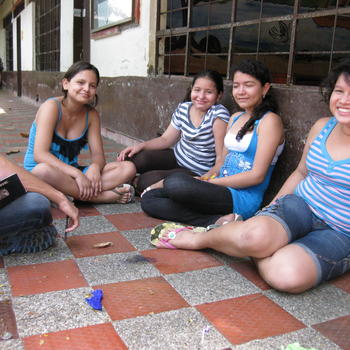 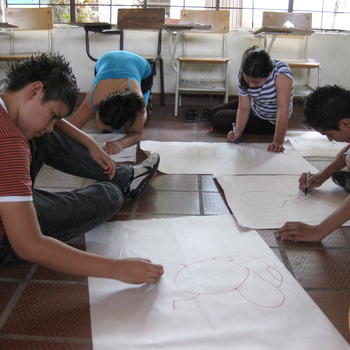 Empowering Youth to Use Research in Colombia

In Comuna 13, the Child-centred Accountability and Protection Evaluation (CAPE) team worked with a group of youth to adapt, analyse and communicate a questionnaire on risk and protective factors. Two groups of youth were given 65 statements on risk and protective factors initially developed from general research on the topic. The two groups had a common task to discuss the relevance and clarity of each statement and reduce the number of questions. The two groups then came together to discuss the statements where there was disagreement. The discussion was very informative and explained why questions on self-esteem had to be kept, because they had to do with risk factors. In another instance, young people suggested that a question (on whether or not the police provided safety for the youth) was unnecessary, given that the answer was “obviously not”. This raised the importance of quantitative information as a way of not only confirming knowledge, but reaching out to authorities. In the end, the young people were able to reduce the number of statements to 36.

The questionnaire was then distributed by the youth into the schools. Accompanied by community workers and given appropriate ethical approval from school authorities, in groups of two they distributed the questionnaire in Grade 10 classes. After receiving 217 completed questionnaires, one of the youth entered the results into an Excel spreadsheet We then organized a session to analyze the results of the questionnaire with the youth. In facilitating this session, it was important to begin by clarifying the purpose of analysis. Before examining the results, we asked what youth expected the results to be, the emphasis being on dominant risk and protective factors. The focus of the discussion was on the unexpected results.

After the analysis, we asked youth where they wanted to share the results of their findings. After realizing that they had rarely been provided with the opportunity to share their views with authorities, we spent some time talking about the different ways of communicating results and the potential strengths of each medium. Youth chose to present the results back to the school, using both statistics and “photovoice” to visually illustrate their findings. Photovoice is an approach to encourage participants to represent their community or point of view by taking photographs, discussing them together, developing stories to go with their photos, and conducting outreach or other action.

"The problem faced by young people in Comuna 13 is the violence. There is so much violence between armed groups..." Girl, Colombia