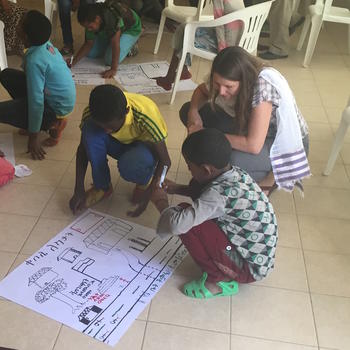 The International Institute for Child Rights and Development with Columbia University's Dr. Mike Wessells launch a report to reflect on World Vision’s child protection programs in Rwanda, Tanzania and Ethiopia.

Many agencies have programs that are trying to protect the most vulnerable children from threats such as domestic abuse, community conflict, and sexual violence. Yet, how are these efforts making a difference to the lives of children? What is working and could work better?

Research from the report, published in March 2016, will support World Vision to:

"As a parent, I have a child living with a disability. Before the Child Protection Committee was formed, disabled children were the most vulnerable person in a family, they were not recognized as a person, they were isolated and often hidden in shame - now they are included." - Parent, Rwanda