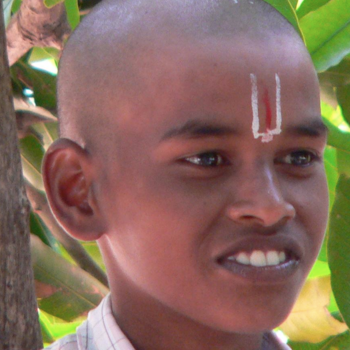 “We used to think of the ocean as our Mother, now we see her as a demon” - Young girl, Chidambaram, Tamil Nadu

Following the 2004 Tsunami that rocked SE Asia and the world, we had the opportunity to work with partners in Tamil Nadu, India to support the psychosocial recovery of children and communities. This involved training large cohorts of teachers on child development, child rights, their grief, and listening to and engaging with children through psychosocial support and healing. In keeping with the inside out principle, we began with the heart, minds and experiences of the participants. In understanding all of these concepts, each participant went back to their own childhood to identify key supports and challenges, and positive and negative experiences they had encountered at different stages. For almost all of the participants, their most negative experience was related to being mistreated by their teachers. This led to a deeper conversation on the impact of these experiences, why these punitive and humiliating strategies had been used, and alternate means that could be used to better support child development, rights and well-being. This new insight changed participants’ perceptions and led to a direct change in their own practice for they realized that they had unconsciously been replicating these experiences with their students.

Seeds of Recovery was a children’s psychosocial rehabilitation project that built on the existing strengths in coastal communities in Tamil Nadu, India to support and protect children affected by the December 2004 Asian tsunami. The coastal regions of Tamil Nadu and the Union Territory of Pondicherry suffered extensive damage during the tsunami. Government records show that close to one million people were affected, directly or indirectly, ten thousand people lost their lives, over one hundred thousand homes were destroyed, and thousands of families lost their livelihoods and assets. Women and children were the most severely affected by the disaster; over 70 percent of the dead were children and women, and many surviving children were severely traumatized.

“We were all playing on that day when we started hearing screams and shouts and saw water gushing into our village. We ran and ran as fast as we could and as long as we could without turning back. When we came back our village was not there.” - Young girl, Koonimedukuppam, Merrakanam, Tamil Nadu

The tsunami claimed the lives of 23 villagers and left hundreds injured in this village.

The Seeds of Recovery program is grounded in the aspirational idea that local children and their communities contain the “seeds” of their own recovery from trauma experienced during the Tsunami. It promotes the concept that locating children’s psychosocial recovery in the context of the unique local strengths, or assets, of their community is more effective and sustainable in promoting long term healing than uncritically introducing Western psychotherapeutic approaches. This notion is based on current evidence on resiliency supporting the efficacy of long - term community, and culturally rooted responses to children’s psychosocial recovery from trauma. A central component of this assets approach is that children’s active and meaningful participation as key stakeholders in rebuilding their community, is an important force in aiding children’s psychosocial recovery.

A unique feature of the Seeds of Recovery project is the promotion of nature-based, creative tools that seek to re-establish the often damaged connection between children and the natural environment, especially in the context of the ocean with the ocean. IICRD has effectively applied similar creative, nature-based strategies in assisting children in other difficult circumstances such as extreme poverty and discrimination, conflict and HIV/AIDS. These tools were considered especially relevant in the context of the tsunami where the natural environment was the cause of the children’s trauma and could also become a key ingredient in their recovery process.

In keeping with this approach, the Seeds of Recovery program drew on the metaphor of an indigenous Neem tree, used in this region as a sacred source of medicine found in many Ayurvedic remedies, to represent the healing capacity of children and their communities to find the seeds of their recovery, both inside themselves and in their local and natural environment. Set against a backdrop of the ocean, the tree also represents communities supporting the healthy growth and development of their children as they recover and rebuild after the tsunami.

Seeds of Recovery used creative, nature based activities to engage children in safe, exploratory dialogue on their experiences of the Tsunami. Following these creative games, children engaged in a participatory action research process of assessing local risk and protective factors resulting from the Tsunami, analyzing their data, and taking action in bringing about positive change.