Role of Children's Clubs in Schools 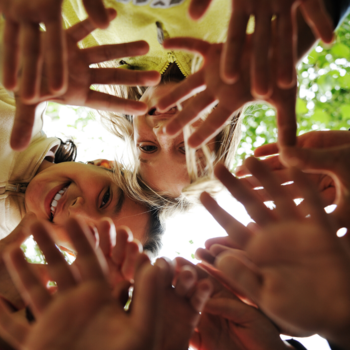 What role do Children's Club play in Safeguarding Children in Schools?

Children’s Clubs may play an important role to support young people's own safety and wellbeing. They are prevalent across the international development and civil society sector, with particular emphasis in regions of Africa, but they also exist in different forms around the world. Clubs have been recognized for making significant contributions to enhancing children’s own, their peers’, and their communities’ safety.

Yet, much of the evidence for this is anecdotal through stories and organizational case studies of club actions. However, there is a lack of rigorous academic literature and case study analysis of the roles that Children’s Clubs play (or do not play) in children’s meaningful participation in safe school environments.

IICRD is collaborating with Global Partnership to End Violence Against Children to hone in case examples and learn from the lived-experiences of those who have participated in the Children’s Clubs. This research, conducted by Kathleen Manion, Laura Wright, and Vanessa Currie, explores how Children’s Clubs around the world can support child protection and child safeguarding.

This project is currently underway with more details of the resaerch findings to follow shortly.