Be the Change: Raising our Rights, Protecting the Planet 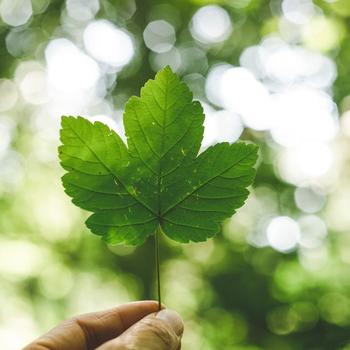 Smoke-filled eyes, washed-out playgrounds, staggering heat, and so much more – are now the norm for children around the world. As we increasingly see and feel the climate emergency, the rights of children are also being significantly impacted, especially young people facing systemic inequalities.

Yet, children have important perspectives, expertise, and capacities to share. They are activating their rights for a healthier environment. In this arts-based research video, a few young people tell us why it’s important for all of us to be the change.

​​That’s why Everest and his friend, Puppet Giggles, met with children and youth to hear their story. They wanted to find out: Why do you care about climate change? What is your favourite place in nature? What are you doing about climate change? And what would you say to the adults in charge right now?

These conversations were filmed at the Oaklands Sunset Market, on the traditional lands of the Lək̓ʷəŋən-speaking peoples, also known as Victoria, Canada– with support from the Capital Regional District and a Community Gaming Grant (Province of British Columbia).

In thinking about why we should care, Aurora reflects that “because of climate change, there are more floods and forest fires, and the ice is melting in the icy places and there is more acid in the seas.” Ollie tells us that “if we don’t care about it, everything is going to rot and stuff. And all the animals are probably going to die.”

The “Be the Change” video was filmed by youth videographer Willem and local singer-songwriter Rebeccah Jay. It was shown to 140 people, as part of the International Institute for Child Rights and Development’s involvement in the Phoenix Consultation. This was the first-ever intergenerational virtual consultation on the rights of children and youth to a healthy environment for the North American region. Several organisations were involved in the collaboration, including with the UN Special Rapporteur on Human Rights and the Environment, David Boyd.

“Small things can make a difference,” says Haedy. “I’m doing my best to keep my carbon footprint low. I go on public transit a lot and I’ve been working on walking and biking everywhere.”

Voices of young people like Haedy, alongside hundreds of adult allies and collaborative partnerships, show that we can all have the potential to be the change, raise our rights, and work together to protect the planet. As a result of these global consultations and other advocacy efforts, the United Nations Human Rights Council adopted two significant resolutions for human rights and the environment in October 2021. This was a landmark decision, but there is still so much more to do.

Learn more about the consultation recommendations and how you can activate the Phoenix Manifesto.