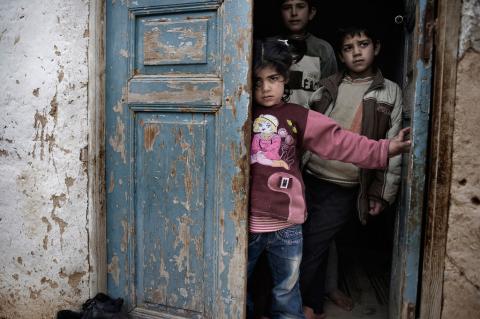 This is the first report on the situation of children and armed conflict in the Syrian Arab Republic submitted to the Security Council and its Working Group on Children and Armed Conflict. Covering the period from 1 March 2011 to 15 November 2013, it provides information on grave violations against children committed by all parties to the conflict in Syria.

The ongoing conflict in the Syrian Arab Republic has an alarming impact on children. The present report highlights that the use of weaponry and military tactics that are disproportionate and indiscriminate by Government forces and associated militias has resulted in countless killings and the maiming of children, and has obstructed children’s access to education and health services. Government forces have also been responsible for the arrest, arbitrary detention, ill treatment and torture of children. Armed opposition groups have been responsible for the recruitment and use of children both in combat and support roles, as well as for conducting military operations, including using terror tactics, in civilian-populated areas, leading to civilian casualties, including children. The report also stresses the disappearance of many children. All parties to the conflict have seriously hampered the delivery of humanitarian assistance in areas most affected by the conflict, in particular across conflict lines, including besieged areas. The report also highlights that children in Syria have experienced a high level of distress as a result of witnessing the killing and injuring of members of their families and peers, or of being separated from their family and/or displaced.

The present report notes that the country task force remains constrained by serious security and access limitations that present a challenge to the effective monitoring, verification and reporting of grave violations against children inside the Syrian Arab Republic. The report also contains a series of recommendations to halt violations and increase the protection of children affected by the armed conflict in the Syrian Arab Republic.