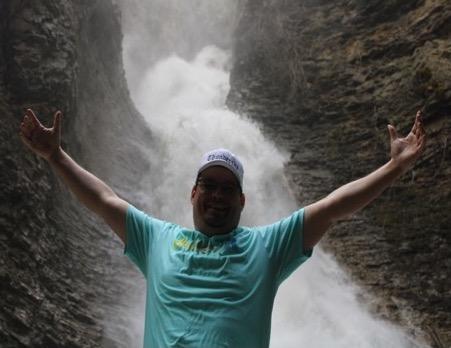 Justin Young aka Thunder Sky is a Heart Speaker, Circle Keeper, walking a life of healing, self-development, and so much love. He has been working with Indigenous urban youth as a youth worker, youth facilitator, now a youth program developer/coordinator in Kamloops, British Columbia (Canada). He has also had the great pleasure of traveling to over 100 Indigenous communities where he speaks about healing, hosting healing circles as well as facilitating experiential learning processes were humans have the opportunity to connect with their inner selves.

Justin was once a lost soul, who has made a choice to become the change he was seeking in the world. He has grown through a life of generational trauma, loss of his parents, foster homes, and many forms of addictions. The day he became a Father 12 years ago he made a promise to his little girl that he was going to make the world a better place for her to grow in. A year after her birth, he quit drinking and drugging to begin his healing. He committed to a walk of healing from Kamloops BC, to Bloodvein MB a 2,400 kilometre walk along number one highway where he walked for 7 and a half months - walking back to were his life began, facing his past, reaching into himself, connecting with the little boy within himself as man of healing, forgiveness and love, that he was becoming. Since his walk of healing, Justin has attended Thompson Rivers University for 8 years now in his 4th year of studies working on General Studies BA. He has been an Indigenous Peer Mentor for 5 years at Thompson Rivers University, supporting his fellow students as they grow through university. He was also hired as a transition’s day coordinator at the university were he works with school districts around the province, bringing their high school students into the university for a two-day trip learning about the university. Justin is a man of passion, a heart of love, and is willing to do what it takes to change the world for his daughter and all around him to grow stronger together.