A quarter of a century later 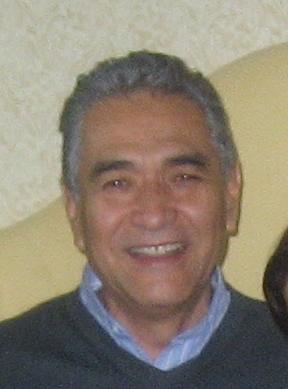 "We are in need of courage and indignation on a global scale to ensure that the Convention on the Rights of the Child may start its second quarter of a century with renewed strength and vigor."

The Convention on the Rights of the Child was adopted twenty five years – a quarter of a century - ago tomorrow (November 20th). This document contains a number of vital aspirations for humanity, some of which have been achieved and many others which remain on the list of debts we still owe children, and Colombia is not exempt from these still-pending responsibilities.

The Convention, along with the World Summit for Children, celebrated in 1990, challenged nations to take stock of the situation of children in their countries and implement decisive actions aimed at remedying the many grave problems that afflicted children around the world at that time.

The Children’s Constitution – a term coined by James P. Grant, UNICEF Executive Director and the architect of both the Convention and the World Summit for Children -- established a philosophical and ethical framework, and the Summit became the first global attempt to mobilize coordinated actions to simultaneously attack a number of problems, including high rates of maternal and infant mortality. This strategy gave rise to healthy competition between nations and facilitated the sharing of lessons learned. The Children’s Summit was followed by a number of other social summits throughout the nineties, and culminated in September 2000 with the promulgation of the Millennium Development Goals, most of which are directly related to improving the situation of women and children. Progress achieved towards these goals is to be evaluated in 2015.

The first generation of children born following the adoption of the Convention on the Rights of the Child will now celebrate its twenty fifth birthday, as well. These children have grown up in times marked by environmental challenges, a technological revolution which has had dramatic ramifications in terms of human coexistence and family dynamics, the exacerbation of inequality, waves of mass migration, violence and social disintegration, and a growing sense of uncertainty regarding the future of the global economy. This generation of children has also grown up in times characterized by the spread of HIV/AIDs and now by new diseases such as Ebola. They have had to put up with the increasingly suffocating effects of urban sprawl. Amongst all this and in spite of it, this generation is proof positive of what society and governments have been able to achieve in terms of safeguarding children’s rights and wellbeing. The analysis of these achievements will serve as a valuable guide for future actions.

One area that has seen serious failures is the states’ response to the avalanche of abuse, violence, exploitation and neglect which children and adolescents have been subjected to on a daily basis. In the case of Colombia, this situation is further exacerbated by the rise of criminal gangs and illegal armed groups. Solutions to these problems will require innovation, courage and a firm commitment by government authorities and citizens alike to protect public spaces, schools and homes. This will require mechanisms of protection that are capable of eliminating the many different threats which children face today.

Nor have we been able to ensure a way to move beyond the adult-controlled script and provide children and youth with mechanisms for freely expressing their opinions in a manner commensurate with their age and level of maturity, as is set forth both in the Convention and in Colombia’s Code for Children and Adolescents.

During these twenty five years, there has been a dearth of robust strategies for children and youth that recognize the value of the family, in spite of the vital role the family plays in human development. It is urgent that such strategies be strengthened and incorporated as a vital component of future actions. Pepe Mujica, the President of Uruguay, who is about to leave office, has so rightly stated that “In the best of cases the State can provide food, shelter and medicines, but it can’t provide warmth and affection. That is the family’s responsibility.”

Francesco Tonucci, paraphrasing Saint Augustine, has said that Hope has two daughters: Anger and Courage. We are in need of courage and indignation on a global scale to ensure that the Convention on the Rights of the Child may start its second quarter of a century with renewed strength and vigor.

The author was UNICEF Representative in Colombia/Venezuela and Guatemala where he retired in 2008. Currently columnist of the Medellin newspaper El Mundo where the column was published on November 19, 2014

This article is a translation by Cynthia Selde, who worked in UNICEF Mexico, the original spanish appeared as a column in El Mundo.