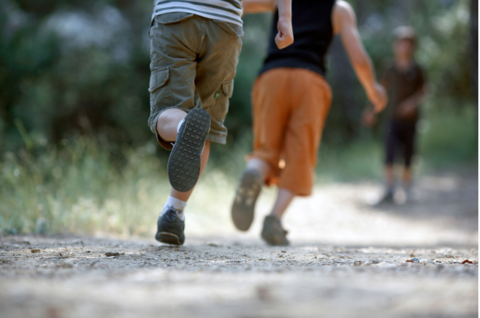 IICRD Associate, Manuel Manrique Castro, weighs in on the impacts of policies affecting Central American migrants, particularly on children. This article was published in El Mundo (September 5, 2018). It was translated into English by Cynthia Selde.

During his first contact with United States government officials, and within the context of the United States’ “zero tolerance” policy toward immigrants from south of the border-- be they children or adults -- Andrés Manuel López Obrador (AMLO), the president elect of Mexico, suggested to US President Donald Trump that he adopt a different, more humane understanding of the immigration phenomenon, and that they work together to support the development of Central America.

Having lived in Guatemala for some time I am aware of that country’s social realities, and especially that of the country’s Indigenous communities. It is from these communities that many Guatemalan immigrants leave to make their way north, determined to cross two borders in hopes of arriving safe and sound in the United States. Their resolve and their ability to bear sacrifices are often overwhelmed by the seemingly unending chain of dangerous and unsurmountable obstacles they must face. Mexico’s “Migra” is unrelenting, cruel, and sadly renowned for their heavy-handed ruthlessness in driving Central Americans out of their territory. Immigrants from other Central American countries, and especially from El Salvador and Honduras, who are fleeing from a similar reality, end up facing the same dangers and sharing a similar fate.

There are many reasons for staying in their communities, but even more for leaving. These are simple people, without access to much education or well-paying jobs, dazzled by the stories of relatives living in the United States who are paid in dollars, and hoping to be able to send money back to their families at home.

Immigrants have been fleeing Central America for decades, driven away by the hard realities they face at home. These communities have been immersed in poverty for generations. Their governments have failed to invest in the wellbeing of the population, ignoring the fact that the country’s future depended on it. The soil has dried up, natural disasters have taken their toll, the cost of living has soared, jobs have become increasingly scarce, education and other services have declined, and the United States has ended up looking more and more like the promised land.

When these citizens who are attempting to escape from the precarious reality of Central America reach the US border they are no longer seen as farmers, workers or parents searching for dollars to save their families. They are designated as delinquents, and subjected to arrest, imprisonment and deportation.

For the majority of Central American families the task of protecting and educating their children is a daunting challenge. In addition to the inability of the governments in Central America to promote basic social wellbeing, during recent decades the region has been plagued by widespread violence produced by drug traffickers and criminal gangs. These factors have intensified the desire of many to seek a better future elsewhere.

Central American nations have become increasingly dependent on the remittances that immigrants have sent to their families back home. In 2016 El Salvador received US$ 4.576 billion in remittances, US$ 306 million more than in 2015, and equal to 17.1 % of the country’s GDP. The remittances sent by immigrants to Guatemala were equal to 11% of that country’s GDP. This income is like oxygen to these countries. It is hard to imagine what life would be like without it. This also shows that immigrants’ principal motivation is taking care of their families. They send money to their families back home regularly throughout the year, and send additional amounts for Mother’s Day, Christmas and the New Year.

The proposal made by Mexican President-elect Andrés Manuel López Obrador will most likely run up against all sorts of barriers, not the least of which is the current US president’s immigration policy. His proposal will, however, be well received by Mexico and Central America, because it has as its foundation respect for immigrants’ human rights. In spite of all the difficulties inherent to this plan, it does present an encouraging possibility of treating the wound that has been inflicted on Latin America by the reality of immigration on the US-Mexico border.