Speaking from the Capitol’s National Statuary Hall, Biden is expected to give a somber speech emphasizing the dangers posed to the nation’s two-century-old democracy. 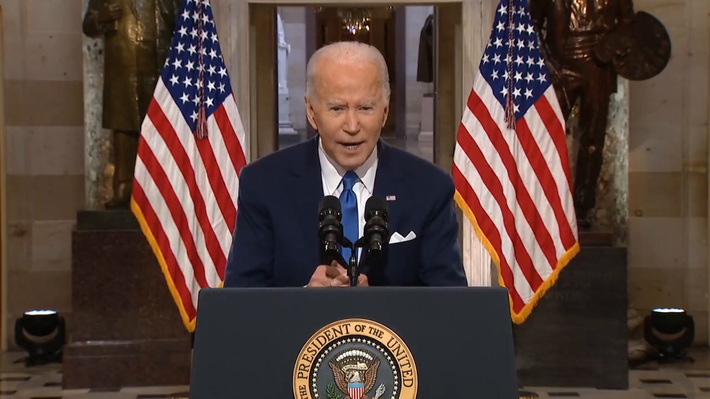 “We cannot allow ourselves to be that kind of nation. The way forward is to recognize the truth and to live by it,” Biden will say.

When asked if Biden plans to name former President Donald Trump during the speech, White House press secretary Jen Psaki told reporters on Wednesday that details of the address were still being finalized.

“President Biden has, of course, spoken repeatedly about how the former president abused his office, undermined the Constitution, and ignored his oath to the American people in an effort to amass more power for himself,” Psaki said. 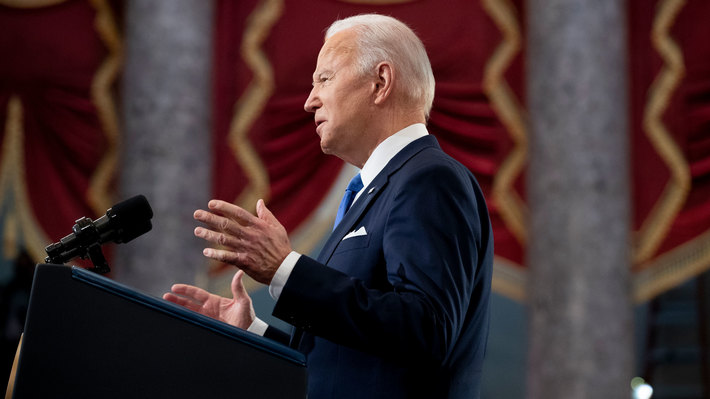 “On January 6th, we all saw what our nation would look like if the forces who seek to dismantle our democracy are successful: The lawlessness, the violence, the chaos,” she will say, according to advance excerpts released by the White House.

“The fragility of democracy is this, that if we are not vigilant, if we do not defend it, democracy simply will not stand. It will falter and fail.”

A year ago, Trump encouraged thousands of his supporters at a rally outside the White House to march to the Capitol to protest the confirmation of Biden as the next president.

Vice President Mike Pence, who had been presiding over the count of Electoral College votes, was rushed out of the Senate as Trump supporters poured into the Capitol complex.

After a 36-day interregnum in which it wasn't clear whether Al Gore or George W. Bush had been elected president, Gore conceded the election following an adverse Supreme Court ruling. 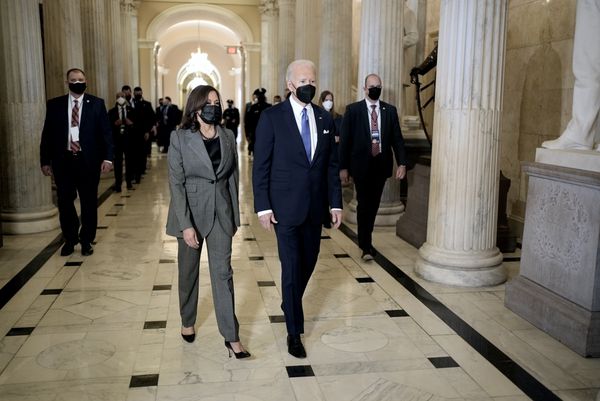 "For the sake of our unity as a people and the strength of our democracy, I offer my concession," Gore said. "I also accept my responsibility, which I will discharge unconditionally, to honor the new president-elect and do everything possible to help him bring Americans together in fulfillment of the great vision that our Declaration of Independence defines and that our Constitution affirms and defends."

Gore also cited the words of Stephen Douglas following a loss in the 1860 presidential race to Abraham Lincoln: "Partisan feeling must yield to patriotism. I'm with you, Mr. President, and God bless you."
What Gore (and Douglas) understood was that this wasn't all about them. Of course they would have rather won. Of course they thought they would make a better president than their opponent. But they also understood that patriotism and loyalty to the country meant shelving their personal feelings in favor of doing the right thing for the country.

Hours after protesters besieged the Capitol, Trump told supporters in a tweeted video from the White House “you have to go home now.” He did not condemn the violence and continued to falsely claim he won the election. 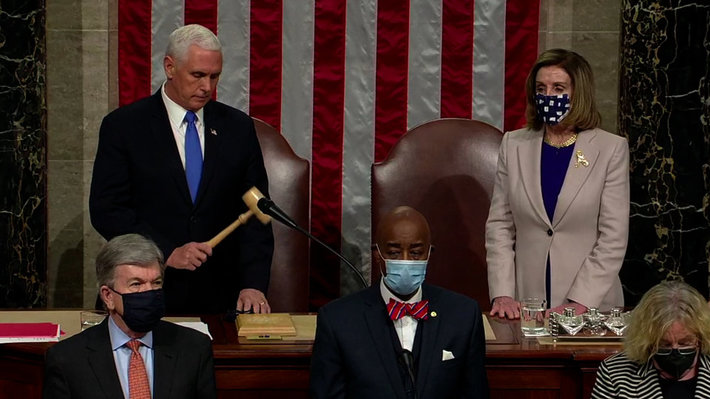 A day later, Trump acknowledged for the first time President-elect Joe Biden’s administration and said in a three-minute video that “a new administration will be inaugurated on January 20th.”

Multiple people involved in the riot died on Jan 6, including Ashli Babbitt who was shot as she tried to climb through a barricade. Five police officers who defended the Capitol have died since Jan 6, including four from suicide.

Trump was later impeached by the House of Representatives for inciting an insurrection at the U.S. Capitol. He was acquitted in the Senate. Trump is the only president to be impeached twice.

That's President Joe Biden during a speech he gave Thursday morning to commemorate the one-year anniversary of the US Capitol riot. It's not only a memorable line -- it's likely to be the one that gets repeated the most today and in the days to come -- but also a hugely important one if we hope to fully come to grips with what happened last January 6 and everything that lead to that moment.

At the heart of the line is the idea of patriotism. Remember that Donald Trump ran for president in 2016 expressly on the idea of putting "America first." The idea that animated both his campaign and his four years in the White House was that the United States was exceptional in the world and that, for too long, American leaders had been afraid to loudly and proudly proclaim that fact, choosing instead to make America subservient to lesser countries around the world. 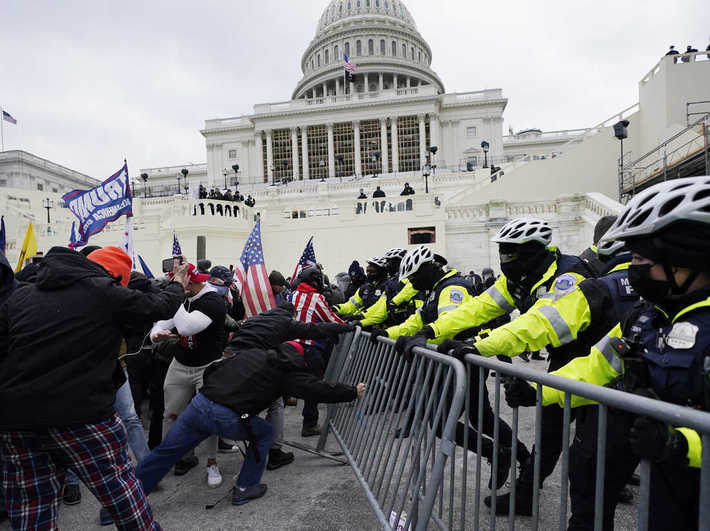 "The future doesn't belong to globalists," Trump said in a 2019 foreign policy speech at the United Nations. "The future belongs to patriots."

What makes America so special? Nothing differentiates us from the other world powers -- China, Russia -- more than our commitment to the peaceful transition of power every four years.

The idea that whether your preferred candidate wins that you a (accept the results of a presidential election as free and fair and be recognize the winner as the president sits at the core of who we are as Americans.

You only need to go back to the 2000 election to understand the power -- and uniqueness -- of America and its commitment to the peaceful transition of power.

True patriotism isn't insisting you won even though there's no evidence to back up those claims. True patriotism is working within the system to make the country as great as it can be -- whether or not it feeds your personal interests.

NB: Sen. Lindsey O. Graham (R-S.C.) has reversed course repeatedly in the past six years. In 2016, he ran against Trump for the GOP presidential nomination, calling him a “nut job” and a “loser.” During Trump’s presidency, Graham was one of his biggest boosters and a golfing partner.

Hours after the Jan. 6 attack, Graham said on the Senate floor: “Trump and I, we’ve had a hell of a journey. I hate it to end this way. Oh my God, I hate it. From my point of view, he’s been a consequential president, but today, first thing you’ll see. All I can say is count me out. Enough is enough.”

But moments after Biden’s speech directly calling out Trump for his “web of lies” about the 2020 election that incited supporters who invaded the Capitol, Graham criticized Biden.

“What brazen politicization of January 6 by President Biden,” Graham tweeted. “I wonder if the Taliban who now rule Afghanistan with al-Qaeda elements present, contrary to President Biden’s beliefs, are allowing this speech to be carried?”

The tweet drew attention to Graham’s Jan. 6, 2021, comments — and how he backtracked weeks later.

In an August interview with the New York Times, Graham said his Jan. 6 Senate speech was misinterpreted.

“That was taken as, ‘I’m out, count me out,’ that somehow, you know, that I’m done with the president,” he said. “No! What I was trying to say to my colleagues and to the country was, ‘This process has come to a conclusion.’”

“Look, the embodiment of credibility has something to say,” he tweeted.